When did Northgard debut?

The PC version of Northgard was the first to be released. It was launched in early access on Steam in February 2017, and it was officially released in March 2018. Console versions for Nintendo, Xbox, and PlayStation were released later that same year. 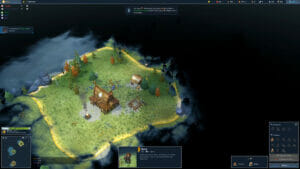 Northgard features a pleasant yet a straightforward plot. Because the story isn’t overly complex, players won’t have to exert too much effort to learn and comprehend it. Also ,t his game is exactly excellent for you if you are the type of person who likes to jump right into the game without wasting time with the story. Don’t ever be hesitant to begin playing Northgard. 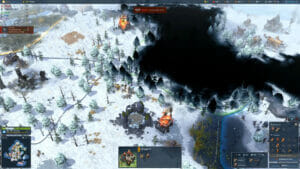 Aside from that, don’t assume that the story’s mythological elements were completely eliminated by the developers. They did an excellent job of balancing the game’s story for both story fans and those who don’t want to waste time trying to figure out what’s going on. Both single player and multiplayer modes are available in the game. The single-player part of the game is fairly brief, and the majority of those that purchase it do so to play the multiplayer version of the game.

Because Northgard isn’t a game about characters, there isn’t a lot of information about them. But, as far as we know, let’s have a look at them.

Brand: He is the Stag Clan’s bannerman. He exists purely and battles for his dignity.

Svarn: The Boar Clan rebels’ spiritual leader, Svarn, is a sage and a warrior who lives a modest life close to Nature and according to the Old Ways of his people.

Egil: A fierce and rash young bladestorm, the Wolf Clan’s bannerman, is largely in it for the chaos.

Eitria: A talented crafter, she prefers to concentrate on clan leadership and only uses the pickaxe to relieve stress.

Hagen: The Raven Clan’s sinister commander and assassin of your father. He is fierce and merciless, yet when things go wrong, he becomes frightened.

Hvedrung: The Boar Clan’s mysterious chief, hellbent on bringing Ragnarök to pass. The Runes had predicted his behavior in some way. Some speculate that he isn’t a mere mortal.

Despite the fact that Northgard is a really nice-looking game in terms of graphics, practically anyone can play it with their current system specs. We’ll provide the game’s minimum system requirements here so you can compare your PC specs to them. As a result, you can determine whether or not your PC is capable of running this game. 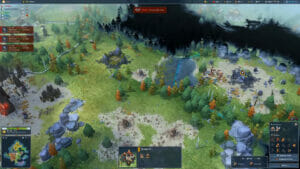 Some bugs of Northgard

Northgard’s developers did an excellent job of resolving the game’s bugs. However, there were a few bugs that had a negative impact on the game. Here are some: 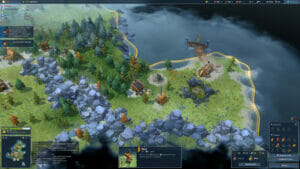 We highly recommend that you give this video game a chance. You’ll love it!