Lord of the Rings Online (sometimes abbreviated to LotRO) is a massively multiplayer online role-playing game that takes place in the Middle-earth of J. R. Tolkien. Players can explore the land during the time of the books. It is an excellent way to immerse yourself in the world of the famous novels. It is free to play, and it can be a great way to spend your spare time.

When did Lord of the Rings Online Debut?

The Lord of the Rings Online is a massively multiplayer online role-playing game. The open beta was launched in April 6, 2007 and has gone through many developers. At the moment, the game is managed by Standing Stone Games, who created the world and characters of Middle-earth. Unlike other fantasy games, The Lord of the Rings Online allows players to choose from three different professions.

The game was initially based on monthly subscriptions but later on in 2010, it has become free to play. However, Steam made the game available on their platform in 2012. 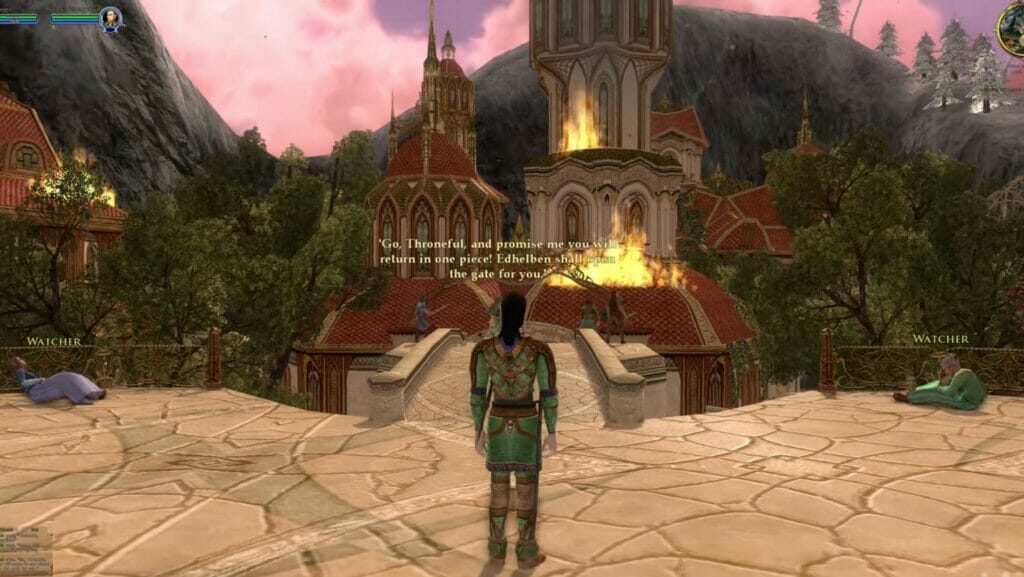 The Lord of the Rings Online is similar to other fantasy games, but it differs in several ways. First of all, you can create different groups. For example, a party of three people can have three different levels. You can make each group a faction by defeating monsters and completing quests. Then, you can use Reputation items to gain reputation. Moreover, some factions favor repeatable quests and collecting Reputation items. Depending on the faction, you will be rewarded with various rewards, from cosmetic pets to armour and weapons.

Secondly, the Lord of the Rings Online has many ways to customize your character. You can even customize your character’s appearance and play style to match the character’s race and profession. You can select from among ten professions and choose a class that suits you best. If you don’t know which one to choose, you can always try some of them to see which one suits you best. There are some unique professions in the Lord of the Rings Online, which include a variety of other professions.

The Lord of the Rings Online Races and Classes

Lord of the Rings Online started as a subscription-based MMORPG. However, the players can now have free access to this fictional world. The LotRO world has seen a lot of expansion over the years, with constant updates. Thanks to the constant expansions, you can find the winding Moria depths, wide plains and Rohan, thickets, Mirkwood, as well as many other features. LOTRO offers free races in order for you to create your character. However, Monster Play is a PvP mode that allows players to take control of powerful monsters and engage in large-scale arena combats. Lord of the Rings Online has also various classes to choose from.

How many GB is Lord of the Rings Online?

Because we are talking about a relatively old game here, the system requirements for Lord of the Rings online is pretty reasonable and decent. Luckily, you won’t need a proper gaming computer to actually play this game.

Some bugs of Lord of the Rings Online

Bugs are not foreign in the gaming world and unfortunately they are very common with Online games such as this one. Here are some of the common bugs that players of Lord of the Rings have face over the course of time.

Last thoughts from the Author

Before we end our article, we’d like say that It is questionable that this game is worth your time in 2022. Our two cents is that it is pretty outdated and we don’t really recommend you bother yourselves with this 15 year old game. It is highly unappealing if we are being honest. However, if you are a fan of Lord of the Rings in general and enjoy being a part of such world, you can as well give it a go, considering it is now free of charge.