Overwatch is a team-based multiplayer shooter with strengths in both objective and arcade game modes. Some readers may be surprised to know that this video game is a pay-to-play because it has more players than many popular free-to-play games. Without wasting too much time, let’s introduce you to Blizzard’s Overwatch.

When did Overwatch debut?

It was first released on May 24, 2016, and has become one of the most popular online games in recent history.

Blizzard Entertainment, the company behind Overwatch, announced that a new character would be added to the game every few months to keep it fresh and engaging for players. The characters are divided into four basic game types: offense, defense, tank, and support. This article has the goal of examining the popular video game Overwatch from every aspect.

As mentioned before, while the game has numerous different battle modes, the majority of them comprise two teams of six players each attacking or defending various objective areas on the game’s maps using pre-made characters from the game’s pool. Casual game options as well as ranked competitive play are available in the game. Overwatch has provided great success since its debut. 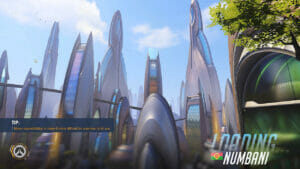 Blizzard’s team-based shooting video game gathered over than 30 million players in its first year of release. As mentioned before, it’s also a paid game, not a free one. All of these individuals were charged at least $40 to play the game (the console version costs more).

Loot boxes, which you can win or purchase, for a possibility to unlock cosmetic items, are another way for Overwatch to make money from players. Overwatch has already made Activision-Blizzard more than $1 billion in sales. The first-person shooter is changing the way people think about how to commercialize their games, and it’s affecting the entire market.

Also, here is a little information about Titan project. Blizzard Entertainment’s Titan project was a large-scale MMO video game. It was, unfortunately, canceled in 2013. However, s ince so many Titan project programmers joined the Overwatch development team, the game is considered a continuation of the Titan project.

The story of Overwatch

Overwatch’s storyline is extensive, and it can be perplexing at times. Here, you will find  the exact least you need to completely comprehend the action, of course, according to the timeline. 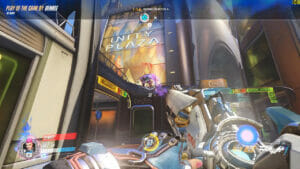 Operation: White Dome. Torbjorn has been severely injured and has lost his arm. Reinhardt becomes a hero, and Torbjorn honors him by naming his youngest kid. By that,  Brigitte Lindholm opens her eyes to the world which is full of conflict.

South Korea is assaulted by a huge omnic known as the Gwishin.  The omnic would return every few years, having adapted and learned from past attacks.

Retribution. After a series of attacks against Overwatch headquarters (including multiple assassination attempts on Gerard Lacroix), Blackwatch decides to strike back at Talon; however, the operation goes astray, and the populace discovers about Blackwatch.  Overwatch’s public image deteriorates, prompting a formal investigation into the company’s operations.

Talon eventually kills Gerard Lacroix by taking the help of his wife as a sleeper agent. Genji dismisses Overwatch and travels the globe in the search of inner serenity. And, Overwatch has been cancelled.

The Overwatch Recall is started by Winston. Mei is brought out of cryostasis to join Winston. Reinhardt also returns, accompanied by his sidekick Brigitte. Here, we tried to list all characters in Overwatch with their in-game roles which consists of three different ones. Support role is quite self-explanatory. They support their attacking heroes or their tanks while they’re trying to accomplish the main objective. Attack heroes are basically the heroes that do massive damage. We can also call them “damage” heroes since they are the main sources of damage. Lastly, we have tanks, which are front-line heroes that take damage for their support and attack heroes in order to protect them. 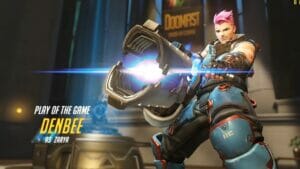 How to buy Overwatch?

Overwatch is available for PC via the official Blizzard store, as well as other game-selling websites. And, depending on which console you have, you can purchase it from the PS Store or the Microsoft Digital Game Store.

At the time of writing this article, you can save $20 on Overwatch if you buy it from official Blizzard store. 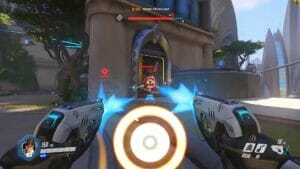 Some bugs of Overwatch

We don’t see huge game-breaking problems in Overwatch anymore, but there were a few that had a negative impact on the game. The following are some of the most critical bugs that were resolved in the most recent patch.

To summarize, Overwatch is a fantastic shooter game with a wide range of options. However, b ecause the game is pay-to-play, this may be a drawback, but we believe it is well worth it. Have a blast!