When we hear something about Red Dead Redemption 2, we all remember that we can do numerous things in it such as following main story, which is mainly consisted of gang warfare and robberies, or doing extra missions, riding horses, hunting animals etc. Therefore, the game is liked nearly every gamer. 60 million people have bought the game. Moreover, 87% of gamers buying the game have made remarkable interpretation. Many gamers wonder some details about this game whether they have or not. So, you will be informed about the game in this article.

When did Red Dead Redemption 2 debut? 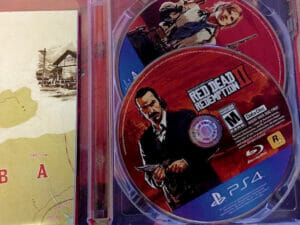 The story of Red Dead Redeption 2

In Red Dead Redemption 2, you start playing with a man called Arthur Morgan who was a member of gang of Van der Linde. Finally, you play with John Martson who used to be a member of the gang but left later. The story of the game shows that the government does not want gang anymore and destroys them. The first scene starts with an unsuccessful robbery. Some members of the gang are lost, or dead and other members must find a shelter in the freezing winter.

The characters of Red Dead Redemption 2

All games on the market have characters who are unique. Like every other game, Read Dead Redemption has unique characters. Some of the main character of this game are listed here: 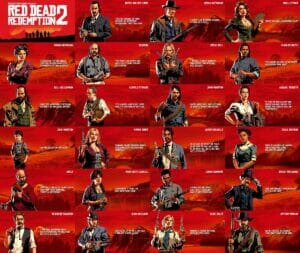 He is the main character of the game. As it is cited at the begging, you start playing with him. He is the man who is most trusted by Dutch. He usually says that he is not a great man. He does not like admiring himself. He is also as cool as cucumber. As to his past, he lost his father who was a wacko and outlaw. He was educated by Dutch. He made his first robbery with Duch, committing a bank.

He is the leader of the gang. He has a vision declaring that he is not a supporter of the government, and he cares about free lifestyle. When we should mention his early life and his family, we can say that his father was fought for The Union in the American Civil War. He was killed in a battle. Then, knowing that, Dutch van der Linder hated Southerners.

We have met this man in the first game. Towards the end of the game, Arthur Morgan cares him. As to his early life, he lost his father who was an illiterate Scottish immigrant who was killed in a bar fight. Then he was sent to an orphanage. He killed someone there for the first time. After that, Dutch van der Linde saved him and took his team to him.

How many GB is Red Dead Redemption 2?

With the developing games, great games demand a lot of free spaces on computers or consoles. Read Dead Redemption 2 is one of them. 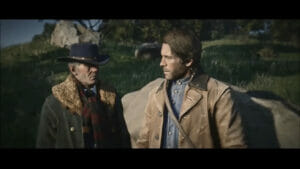 How to Buy Red Dead Redemption 2?

You can buy this game via Steam or Epic Games for playing the game on your computer. Via PlayStation Store, you can get the game if you are to play on our PlayStation. In the meantime, you can purchase the game via Xbox Store if you have Xbox to play it. CD version of the game is sold in technology markets, so you can get them for every platform. 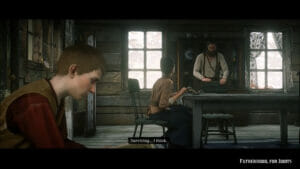 Some Bugs of Red Dead Redemption 2

Developers do not want to see bugs in their game. However, like every other game you may encounter some bugs in Read Dead Redemption 2. Some of them are that NPCs sometimes do not appear, you sometimes cannot fast travel. Your horse may fly. You could not control the game via mouse or keyboard. The character who is controlled by you may blow off. However, you should not be worried about them as there is a platform that was created by Rockstar games to solve bugs reported by players. 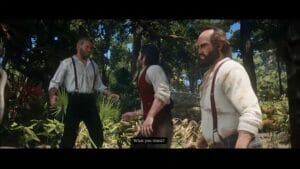 We can do countless thins in Read Dead Redemption 2. These are following main story, riding a horse, or heisting etc. Therefore, approximately every video game player likes the game. The number of people who have bought the game is 60 million and, 87% of them have loved it according to interpretation made by them. In this article, you have read about its characters, story and more. So, you have enough information to start playing this game.