Tom Clansy’s Rainbow Six: Siege is an online tactical shooter game which has many operators who can use different gadgets. There are some mods in the game. One of them is called quick match. In quick matches, there are 2 sides. As you can understand, these are defence and attack teams. When players play attacking, they need to plant diffuser so that they could win the round. When playing defence, players need to impede the attack team which need to plant the diffuser. There is also a mod called Hostage. In the game mod, while defence players need to save hostage, attack players must escape him not by hurting him. As to most common game mods, these are ranked and unranked. The main point of these game mods is the same as quick match. In ranked games, players can earn Matchmaking rating; however, they cannot get Matchmaking rating while playing unraked games. There is another game mod in the game. That is terrorist-hunt mode in which players can get renown which is for getting operations and some skills. Moreover, they can improve their talents by playing and training in this mod. So, due to the things mentioned, gamers feel themselves  like a real operator. Let us look at another information about the game’s date of appearance, its characters and more. 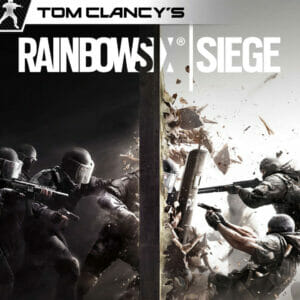 The game has not a specific story like the other Tom Clancy’s game. However, there are some missions such as killing bots or saving hostage within a certain time. Indeed, this is an online game. Gamers can find teams and play the game like a real operation. 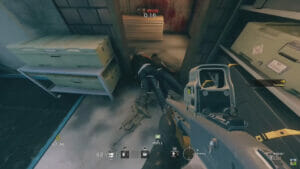 In the game, there many operators as it is cited at the begging. These operators can have mutual things such as drones, claymore, grenade, flash bombs etc. However, some things talents them different. For example, normally all characters have 2 drones, but an operator called Twitch has a specific drone which can shoot enemies or gadgets. Another example is that the character called Black Beard has a shield which protects him from headshots on his head. Some characters can get a shield, but Black Beard’s shield cannot be equipped as it is just for Black Beard. The characters also have nations. To illustrate, Doc who can heal himself or teammates is French. Jager who can destroy bombs via his device is German. There are a lot of characters in the game, and they have mutual things or specific things. So, the more gamers play the game, the more acknowledge they have. How many GB is Tom Clancy’s Rainbow Six: Siege?

As the time has passed, the need for free space of games has increased. The free space which a game needs depends on its graphic quality and its contents. Tom Clancy’s Rainbow Six: Siege has significant graphics and many contents. Therefore, it needs 83 GB free space on player’s computer. 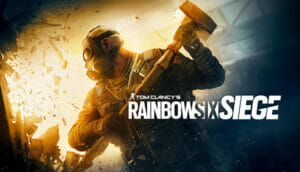 The game can be played, using computers, Xbox and PlayStation. If gamers have a computer, they can purchase the game via Steam, Epic Games and Ubisoft. Having Xbox, players can get the game via Microsoft Store. The one who wants to play the game on PlayStation can acquire it via PlayStation Store.

Like every game, this game may have bugs such as lagging, dropping FPS etc. However, players should not be worried about it. Ubisoft creating the game updates this game steadily. So, the bugs many players experience are fixed.

Tom Clansy’s Rainbow Six Siege is an online operation game. The game has lots of operators whose skills are different from each other and has different gameplay mods which are Ranked in which you can earn Matchmaking Point and renown to buy new operators or skins, Unranked, Quick Match and Terrorist-Hunt.